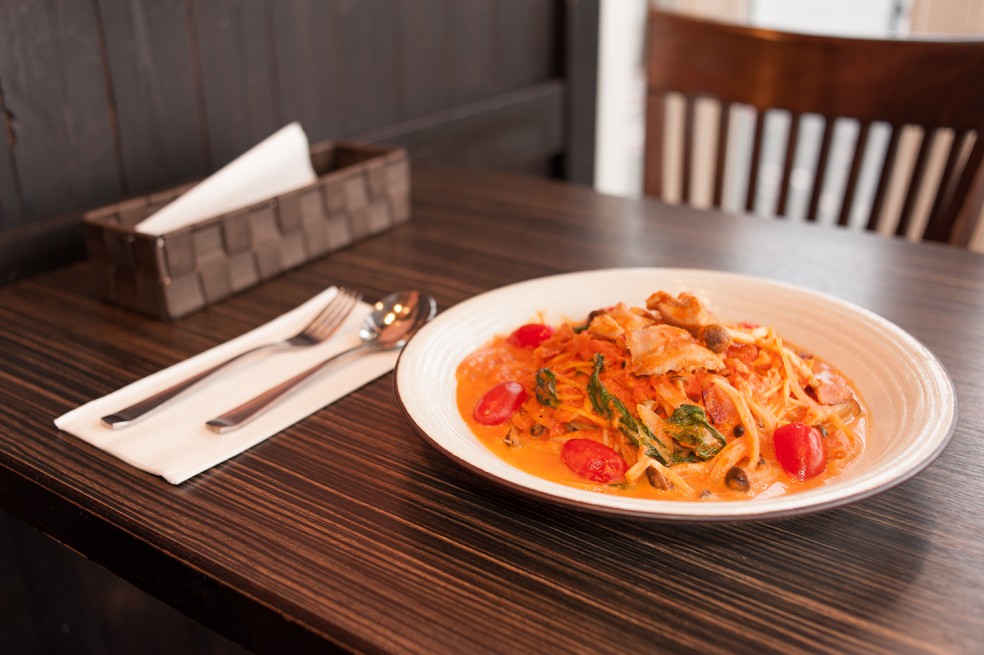 Our personal equipment for casual food photoshoots that do not require much planning is as follows:

The result will be satisfactory for smaller projects, and most restaurants that are on a budget.

The reason why you want a reflector/softbox kit is that it will soften the lighting and make the lighting more consistent. Wireless flash is also highly recommended because it is easier for you to get rid of unwanted shadows.

Our Attempt vs Owner’s previous Attempt

The photo was taken on a table close to a window, with cloudy sunlights. The flash was off camera and we had to try different angles to get better and consistent lighting.

Our image below was taken with only 1 flash with reflector:

NO photoshop on color and lighting adjustments. The level of detail is completely different, partially because the camera is Full Frame, and the lighting from flash plus reflector.

Some improvement that can be done by photoshop, but it is generally done at a later stage, depending on the application of the image. If it is on a gigantic poster, then it is a good idea to refine everything slightly, starting from the water/sauce stain on the bowl, to how the egg was sliced open.

Below is restaurant’s own attempt: Not the kind of image you want to represent your business. 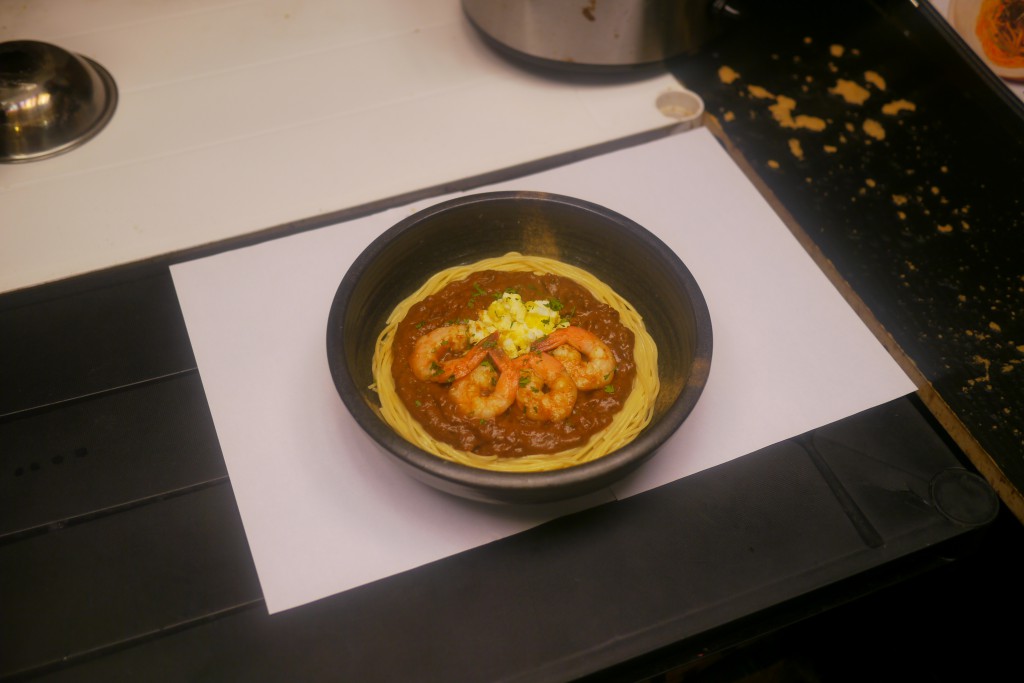 So here I hope we have helped you all decide what what to get for your restaurant. We used a Nikon D700, but you don’t have to. An old Nikon D90 from eBay plus a 50mm lens will do equally good as long as your get the lighting right.
Remember. It’s all about the lighting.